Industry analyst Craig Moffett still has concerns about 'secular headwinds' faced by NBCU and Sky, but sees enough strength in Comcast's cable business to warrant an upgrade of what he views as an undervalued stock.

fuboTV is the first virtual MVPD to lock in a distribution deal for in-flight services and tap into new open caching specs developed by the Streaming Video Alliance.

The defunct OTT-TV service provider has filed a motion for its erstwhile partner, HovSat, to be held responsible for a $50 million judgement stemming from a copyright suit involving several major US studios.

YouTube TV's rise in the OTT-TV rankings comes amid a growing cord-cutting trend that, according to analysts, also gave Hulu a healthy boost in Q4 2019.

Dell'Oro Group suggests telecoms and cloud operators will spend more than $75 billion on IP gear in the next five years.

But the vast majority of the US audience still watched the Big Game on regular TV.

The vendor said it struck deals with two more international tier 1 cable operators for its virtualized cable access platform, and has commercial deployments of CableOS underway with 23 operators in all.

Streaming service focused on factual programming has more than 13 million subs, and is targeting 'hundreds of millions' as it pursues distribution deals around the globe, Clint Stinchcomb says.

The deal ensures that Roku users will have access to Fox's free 4K stream of the 49ers-Chiefs championship matchup.

Charter to add 5G to the menu in Q1, will 'likely' be a participant in CBRS auction

Roku says its distribution deal with Fox is to expire on January 31. Fox can still be accessed via Roku on pay-TV apps, but deal lapse puts Roku's access to Fox Sports's free 4K stream of the game in jeopardy.

Sony's OTT-TV service is going dark today after an almost five-year run, directing customers to former rival YouTube TV. Meanwhile, Sling TV has jumped into the fray with a set of deals.

Reflecting the ho-hum state of this segment of Verizon's business, total Q4 revenues for Fios were flat, at $2.82 billion.

Expects rate of video sub losses to slow in 2020 as AT&T moves on plan to pair its fiber-based broadband service with its new OTT-delivered AT&T TV offering and HBO Max subscription streaming service.

A deal for the studio could help beef up their respective content libraries and output capabilities as other media giants continue to claw back content for their own streaming services.

Altitude TV vs. Comcast lawsuit could drag into second half of 2021

Local televised coverage of Colorado sports could be threatened into next season, as a pretrial conference in the Altitude-Comcast litigation would not get under way until next May.

4K Gets Into the Game at Super Bowl LIV

Fox Sports will upconvert its 1080p/HDR broadcast of Sunday's big game to 4K/UHD and stream it for free via a handful of OTT platforms. Several US pay-TV distributors will also provide access to the 4K feed.

This week, TMT Analyst Paolo Pescatore joins the pod, and has a whale of a time while the others spout the usual rubbish.

Disney's subscription VoD service is set to debut in the UK and several other western European countries on March 24. 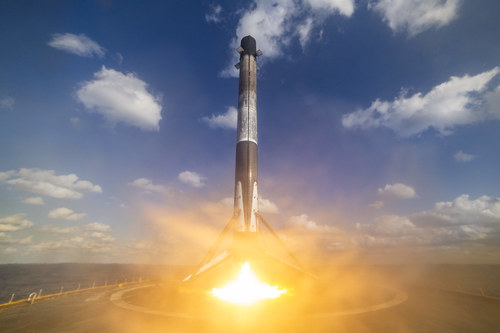