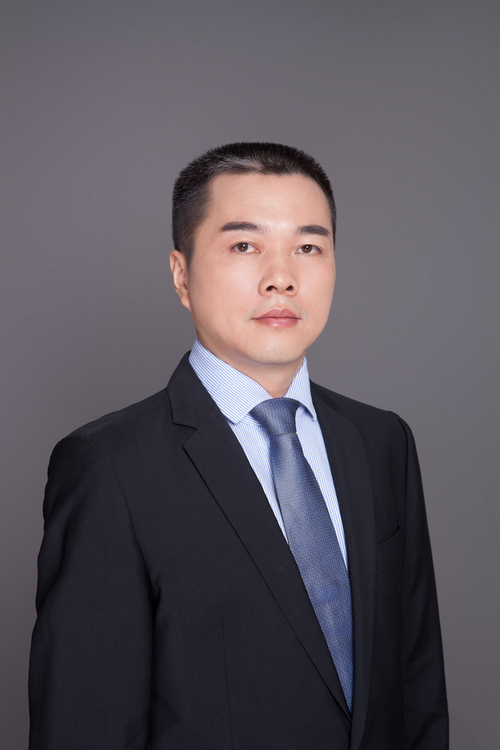 Last year saw an explosive growth of Fixed Broadband (FBB) and Mobile Broadband (MBB) networks as well as the volume deployment of gigabit access. The compound annual growth rate of the 10G PON market will exceed 30 percent in the next five years and more than 70 countries worldwide have started or are planning 5G rollouts. Judging from the broadband initiatives of different countries, the business strategies of operators, and the competitive landscape, an era of dual-gigabit speeds based on FBB and MBB has arrived and the two access technologies will coexist for a long time. FBB and MBB will work together to further accelerate technical innovation and network transformation.

China accounts for 60 percent of the global Fiber-To-The-Home (FTTH) market. Back in 2018, the Ministry of Industry and Information Technology (MIIT) of China launched an initiative to "promote gigabit rollout, increase the adoption of both fixed and mobile broadband, and offer the same speeds on the same networks". Chinas three national operators released detailed gigabit broadband plans in 2019 and have since deployed gigabit access for homes and 10G speeds for enterprise buildings in some cities. In 2019, the China-based Broadband Development Alliance (BDA) proposed 10 application scenarios for the gigabit network in a bid to guide the industry on how to commercialize the technology. In their broadband buildouts and broadband acceleration deployments, the Chinese operators have come up with a number of measures that include "driving the development of FBB with MBB, maintaining the competitiveness of MBB with FBB, and promoting MBB with FBB." These approaches have been proven to help FBB and MBB networks grow together and complement each other.

The difference between the user bases of FBB and MBB also means that the two broadband access modes will live a coexistent, mutually-reinforcing manner for quite some time. Homes and enterprises constitute the vast majority of FBB users. This largely fixed user base demands that FBB meet high standards in terms of stability, reliability, security, bandwidth, Quality of Service (QoS), and so on. By contrast, MBB as represented by 5G mainly serves individual users and a few indoor coverage scenarios. Although 5G vastly improves bandwidth, security and QoS over 4G, it still lags behind FBB in bandwidth. Thanks to the different user groups they target, FBB and MBB have different characteristics and employ different technologies. They will promote and complement each other in the foreseeable future.

Innovation in Cost-Effective Bandwidth Upgrades Ensures Basic Broadband Capabilities
10G PON is one of the major technologies of gigabit networks and it is expected to be deployed on a large scale in the next five years. As the successor technology to 10G PON, 50G PON is projected to be put into use in around 2025. An important consideration for operators choosing gigabit broadband technology is that the network equipment must have good evolution capabilities. For example, a platform should support multiple technology generations and existing network resources should be reused to reduce upgrade costs. ZTE provides a family of end-to-end solutions to implement fixed gigabit access. At the system side, ZTE offers the industry's first three-rate Combo PON solution for 10G PON networks to be built on a large scale in the most cost-effective manner. One Combo PON port supports both GPON and XG(S)-PON access, thus creating a smooth upgrade of bandwidth. Different Optical Network Units (ONUs) can be deployed on demand at the user side, where they can form part of a mesh Wi-Fi network to deliver seamless whole-home gigabit coverage and enhance user experience. Since its launch, the Combo PON solution has led to more than 30 operators around the world collaborating with ZTE to test, trial and deploy it. In the process, the solution has become a preferred solution for operators to build 10G PON networks.

Innovation in Fixed-Mobile Convergence (FMC) Expands and Exposes Network Capabilities
To make FBB and MBB work in tandem, concerted efforts from standards organizations, operators, equipment vendors and other industry stakeholders are needed. The 3rd Generation Partnership Project Group (3GPP) and Broadband Forum (BBF) are jointly formulating 5G-FMC standards. 3GPP works on producing standards for 5G Core (5GC) networks to support the convergence of FBB and MBB, while BBF focuses on enhancing wired access networks so that they can interconnect with 5GC networks. In the FMC field, ZTE is an ardent promoter, an active industry player, and a member of multiple standards bodies. It actively participates in the formulation of 5G-FMC standards.

As its standardization advances, FMC is gaining wide attention in the industry, with some operators already implementing FMC at the service and network levels. FMC brings operators two benefits. On the one hand, they can provide FMC-based packages to increase user loyalty and boost market competitiveness. On the other hand, they can use the convergence of FBB and MBB networks to improve network resource utilization and reduce network construction cost. Years ago, ZTE began to work with Indonesian operator Telkom to implement mobile backhaul over the operators existing FTTx network. It has connected 16,000 2G/3G/4G base stations through an FTTx network for Telkom and helped the operator build the worlds largest FTTM network. Meanwhile, ZTE continues to tap the potential of copper infrastructure. It released a copper-based enhanced Fixed Wireless Access (FWA) solution that utilizes G.fast technology and in-building copper resources to route 5G signals into the home in a low-cost, stable and reliable fashion.

Innovation in IT+CT Integration Boosts Network Efficiency and Value
As video becomes a basic service of broadband networks and as user attention shifts from bandwidth to experience, operators are also changing the focus of their service operations. To meet users increasing experience requirements, operators need to find a way to make the most of their legacy network resources and employ differentiated means. Building Information Technology (IT) functions in Communications Technology (CT) devices is an industry trend. With IT capabilities introduced into CT devices, a network can have higher utilization, more functional scalability, higher elasticity, and more freedom to accommodate future services.

ZTE actively explores the application scenarios, technologies, and product practices of IT+CT integration. One innovation of ZTE in this area is embedding blade servers in an Optical Line Terminal (OLT), which is a telecom access device, to further expose its capabilities. Based on the blade servers, ZTE launched the Access CDN solution to move the Content Distribution Network (CDN) to OLTs in Access Offices (AOs). By locally accelerating services such as video and pushing service provision closer to end users, the Access CDN solution can significantly reduce packet loss, latency, and pressure on upper-layer networks. The solution has been commercially deployed by multiple operators to cache and accelerate video services, helping them address network issues including traffic congestion, poor experience and insufficient upstream bandwidth. Through the deployments, the solution has demonstrated that it can offload 50 percent video traffic, relieve pressure on upper-layer networks, slash the proportion of video stalling time by 98.5 percent, and increase the play success ratio from 98 to 100 percent, thereby drastically enhancing user experience.

As a leader in the field of FBB, ZTE understands that only innovation can lead to steady, sustained development, create more value, and win the future. Over the years, it has been committed to bandwidth acceleration and technology innovation. In the 5G era, ZTE will go on innovating and creating success for customers.

Undoubtedly, the pandemic has seriously weakened the real economy, but promoted the Internet economy and has of course transformed activities remarkably from offline to online modes.

The joint innovation of intelligent power staggering by Altice Portugal and Huawei is of great reference value for the evolution of global wireless network sites to 5G.

Modernizing the Edge for Service Growth