This week in our WiC roundup: Ivanka's CES keynote goes off 'without a hitch'; sharing salary info is the new talking about sex; advertisers keep tripping over their own shoelaces; and more.

Masergy Shines a Light on Shadow IT Security Threats

Never mind the Oscars! The awards season is now properly underway with the launch of the Leading Lights 2020 program, so get cracking on your submission for Light Reading's annual awards before you get swallowed up by MWC madness.

This week in our WiC roundup: CES picked a controversial keynoter; female founders snagged under 3% of VC funding last year  an all-time high; is learning to code enough?; and more.

The semiconductor maker offloads some of the security assets it acquired last year to Accenture, which gains valuable new capabilities.

Cable operators are expanding their business services reach well beyond the traditional government, education and medical sectors to take in verticals like hospitality, agribusiness and even e-gaming.

This week in our WiCipedia roundup: Flexible work is a must-have for many women; Ada Ventures takes VC to a new level of equal opportunity; Telefónica raises ratio of women on board to 30% (and barely mentions it); and more.

WiCipedia: Cultivating Confidence for Speaking Gigs, 2020 Predictions & Too Many Marks

This week in our WiC roundup: Harlem Capital raises cash for minority founders; female speakers claim their worth; more women will join tech in the new year; and more.

The Chinese operator has teamed up with a credit card firm and other agencies to run a new blockchain network.

This week in our WiC roundup: Barbara Liskov reigns as queen of code; female leaders don't have support, even from women; zebras push unicorns aside; and more.

In its latest round of restructuring, the Spanish operator is setting up a Tech business with ambitious targets. Investors may feel they have been here before.

Spanish giant has unveiled a new five-point plan that includes spinning off much of its Latin American assets and a go-to-market strategy that the operator believes can generate 2 billion in new revenues by 2022. 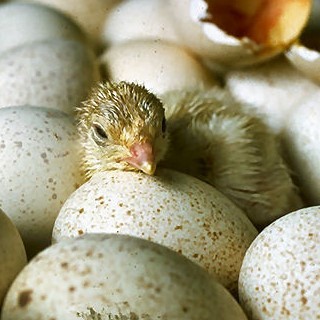 After a three-year run, the R&D organization has halted its 'Fiterator' program for startups amid bigger changes underway at CableLabs's UpRamp unit.

This week in our WiC roundup: A new startup school offers scholarships for women; the humble JPEG has a sordid past; UK pay is falling behind for minorities; and more.